Getting Diagnosed with MS...

You Are Your Own Best Advocate

More than 2.3 million people around the world are affected by Multiple Sclerosis (MS), an autoimmune disease that damages the central nervous system. I am one of those 2.3 million patients living with MS, recently diagnosed in 2015. I am eager to tell my story and bring attention to the often invisible symptoms of MS, the challenge of diagnosing an autoimmune disease, and the new treatments that are helping patients like myself around the world.

A Decade of Symptoms

My journey with MS, like many others, is long and complex. Based on what I know now, I was actually experiencing symptoms for about a decade before receiving my diagnosis. Symptoms began in my late 20s, when I started suffering from occasional headaches, numbness and tingling in my arms and legs, balance issues, extreme fatigue and some trouble with short-term memory. One fall down a flight of stairs in 2013 knocked me unconscious for an unknown length of time. I always attributed these symptoms to something else, like stress or anxiety, never thinking they could be a symbol of something more serious.

What I did not realize at the time, nor did my doctors, is that these bouts of symptoms were MS flare-ups.

My symptoms grew more frequent and more severe leading up to my diagnosis in late 2015. I started losing feeling in both of my legs, lost nearly all of my vision in my left eye and was walking disjointedly. By the time I had the autoimmune blood panel and subsequent MRI, the doctors gave me the official diagnosis and saw how far my MS had advanced. There were so many lesions on my brain it looked like the spots on a leopard.

How Treatments Helped Change My Life

After my diagnosis, I started seeing a neurologist and working on my treatment plan. Given the advanced nature of the disease, I was immediately put on new infusion treatments that had recently been FDA approved. Improvement did not come overnight; I continued to have new lesions on my brain for the first few months of treatment. However, this past September was a turning point in my treatment—no new lesions had developed, and the existing lesions were no longer growing.

Today, my MS treatments are monthly infusions at my local hospital. They typically last less than two hours and have little to no side effects. I was fortunate to have an option that worked for me. There have been a number of new treatments developed over the last several years that are making life-changing differences for patients like me. Like any disease or chronic illness, there are good days and bad. There are MS flare-ups, but having a strong support system, an excellent team of doctors and a course ahead for my treatments gives me the strength to tackle each new challenge in my journey.

You Are Your Own Best Advocate

I’m writing this blog today because I hope no other patient will have to go 10 years without a proper diagnosis. To every person who reads this—know that you are your own best advocate for health care. It is important to listen to your body and not wave off recurring symptoms. Do not delay going to the doctor, or seeing a specialist. If your intuition tells you something is not right, pursue a second opinion or speak with your doctor about additional testing that can be done. I share my story with the hope that someone at the beginning of their own journey with an illness will take ownership of their health and ask the questions to get the care they need.

We are fortunate to live in a new era of medicine, where treatments for any number of diseases are being developed each day by scientists in the lab. By advocating for our health, we can receive prompt, proper diagnosis and work with doctors to access some of these groundbreaking treatments that are helping people like myself live a happier, healthier life each day. 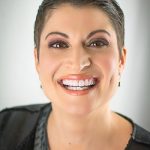 Amber Burton is a patient advocate living with Multiple Sclerosis. She was born and raised in Houston, TX and now splits her time between Austin, TX and Washington, DC.

Learn more about the more than 300 medicines in development for autoimmune diseases here.