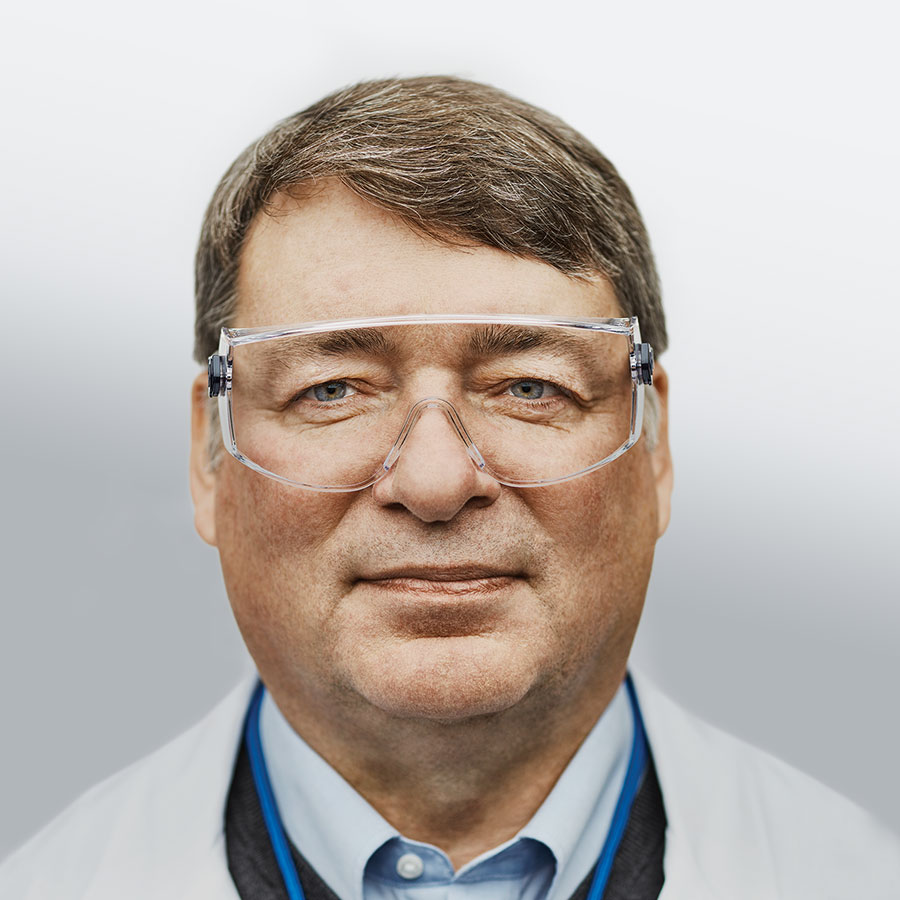 Ian leads the Small Molecule Discovery Group at Teva Pharmaceuticals, where he is focused on drug discovery for neurological and neurogenerative diseases, such as Parkinson’s and multiple sclerosis (MS). With a background in pharmacology — the study of a drug’s actions and effects on the body — Ian has spent his career researching diseases of the brain, both in an academic and industry setting. Today, he and his team at Teva are responsible for making and testing new drug molecules before they go to clinical trials to be studied in humans.

After spending the bulk of his career in academia, Ian made the switch to the biopharmaceutical industry so he could have the opportunity to have a greater impact on patients. “For me, that meant taking the science I was studying and using it to develop tangible new drugs,” says Ian. “But it’s easier said than done. Drug discovery is a long and slow process. Although we’ve been working on diseases like MS, Parkinson’s and Alzheimer’s for a long time, the progress we’ve made has been modest.” Still, he says, a lot has been learned along the way. “The commitment of the scientists in this field and their ability to keep going in the face of adversity truly speaks to the ethic of this industry. These diseases aren’t letting up any time soon, and neither are we.”

“For all the setbacks we’ve experienced, we’re really starting to see the impact of everything that we’ve learned,” says Ian. “We’re on the verge of turning the corner and changing the course of some of these neuro-degenerative diseases which have proven themselves so difficult to grasp. But it’s important that we stay realistic and vigilant about the challenges we face. On top of the complexities of the brain itself, we’ve gotten a lot better at living longer, which means that more and more people will be impacted by diseases like Alzheimer’s and Parkinson’s. In other words, as lifespans increase, so too does the urgency of our work.”

Despite these challenges, Ian notes that his interactions with patients keep him both grounded and motivated. “When you see patients, you’re always struck by the totality of their experience with their disease,” says Ian. “It’s not just about the disease itself – which is what we tend to focus on – it’s about their quality of life, their ability to interact with their families, their mental health. All of these components add up to a bigger picture, and it’s something that can be easy to lose sight of back in the lab. Interacting with patients reminds me why I do what I do and that there is so much more still to be done.”