Twenty Years Ago, There Were No Effective Treatments For The Disease From Which Marina Symcox Was Suffering. Learn More About The Role Clinical Trials Played In Giving Marina A Second Chance.

Until the late 1990s, people did not know much about gastrointestinal stromal tumors (GISTs), and they were often misdiagnosed as other gastrointestinal cancers. That was the situation when Marina Symcox – a mother of two – was diagnosed with the rare, deadly stomach cancer. She was told she only had weeks to live. There were no effective treatments anywhere in the world for the elusive disease.

What followed were three years of fruitless surgeries and chemotherapy. Marina prepared for the end, believing she would never get to see her children grow up. 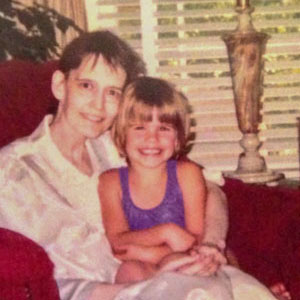 Then, everything changed because of a clinical trial. In the fall of 2000, Marina enrolled in an experimental treatment.

“I had been sick for so long, not knowing that behind the scenes some great science was occurring,” Marina said, describing her illness before the innovative drug trial.

In a few short years, GISTs went from a death sentence to a treatable disease that doesn’t have to stop patients from living healthy, longer lives. Today, in remission for more than 14 years, Marina celebrates the life she once feared would disappear.

Marina Symcox went on to co-found GIST Support International, providing information and support to other patients. She is living her life, and her mission is to help others do the same. With new medicine innovations, they have a chance to do just that.