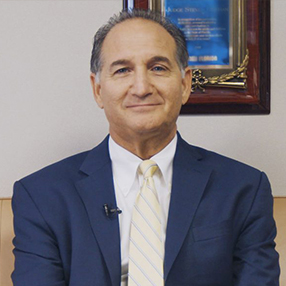 The Honorable Steven Leifman has previously described himself as “the gatekeeper to the largest psychiatric facility in Florida — the Miami-Dade County Jail.” But during his career, he has worked to transform the criminal justice system of Florida to better help – not hinder – the treatment of mental health inmates in Southern Florida.

During his tenure as Miami-Dade county judge, Leifman served as special advisor on criminal justice and mental health for the Supreme Court of Florida. In this capacity, Judge Leifman was responsible for chairing the Court’s mental health subcommittee, which outlined recommendations to decrease inappropriate and costly involvement of people with mental illnesses in the justice system.

According to Leifman, more than 20,000 people in need of mental health treatment are arrested each year in Miami-Dade County, primarily for misdemeanors and low-level felonies. Additionally, the county spends $80 million a year to house and treat them. To help provide a sustainable solution, Leifman worked to build a Mental Health Diversion Facility, which will provide counseling, medication or vocational training in culinary arts to people suspected of mental illness. The goal is to treat defendants and help them reintegrate into society in 90 days.

“These are organic brain illnesses,” Leifman has said, when interviewed previously. “Recovery rates for people with mental illness are actually better than for people with diabetes and heart disease. The key is identifying the illness early, just like any other illness, and treating it early. The outcomes are much better when you do that.”

For his efforts to advocate for mental health care in Florida, Judge Leifman was awarded the Research and Hope Award, which helps illustrate how biopharmaceutical researchers and others in the innovation ecosystem work together to not only bring new medical advances to patients, but thwart deadly diseases through increased awareness, public health efforts and increased collaboration.

For additional information about the revolutionary work being done in the field of mental health, please visit our recent Medicines in Development: Mental Health Report.